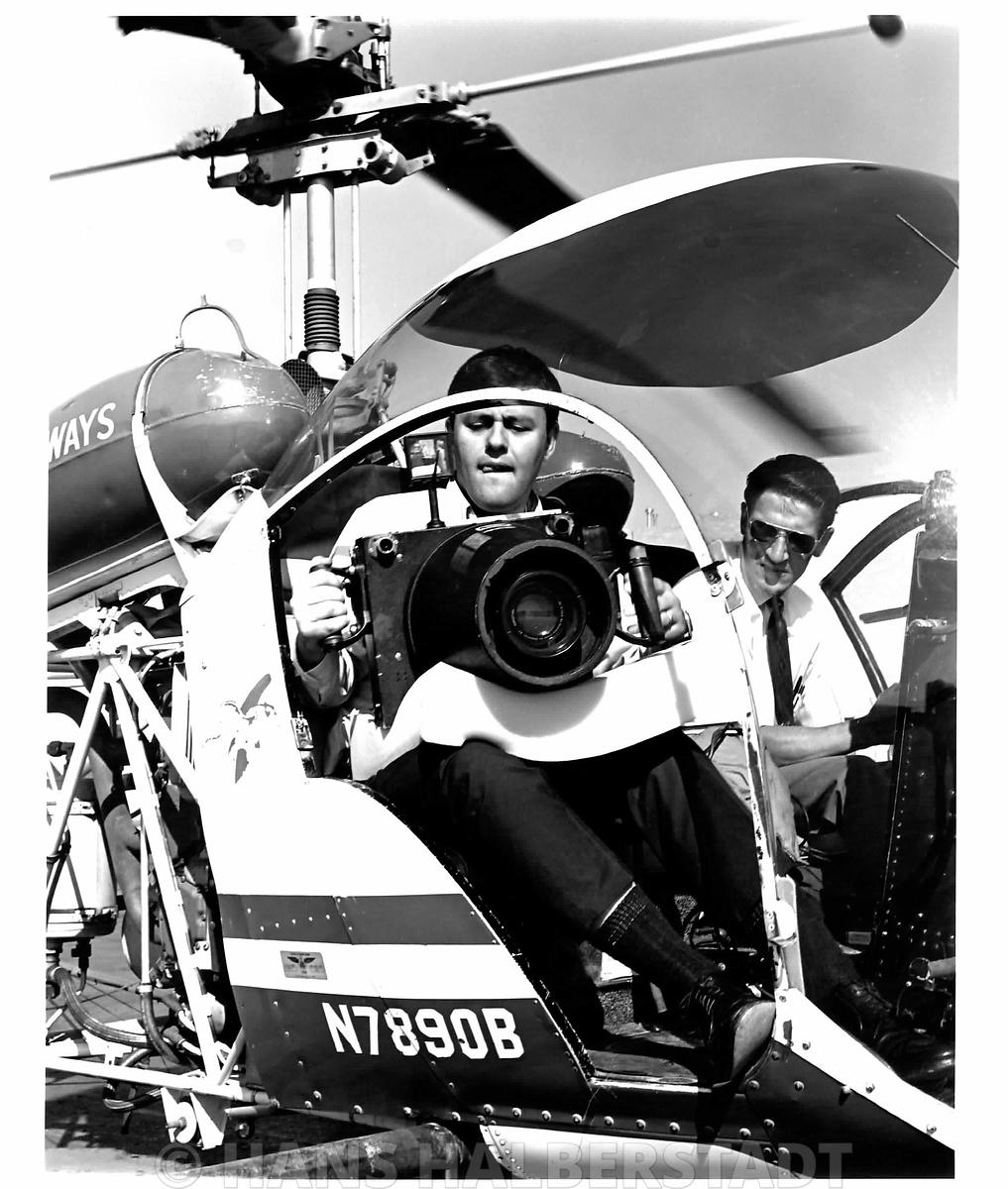 Using a huge 10in by 10in aerial camera from a Bell 47 helicopter.  I was working for Skidmore, Owings, and Merrill on a project for state of Maryland and the city of Baltimore and the camera was for documenting areas of the city from low altitude and high detail.

My parents were artists trained at the Chicago School of Design /Art Institute ("Bauhaus West") in the late 1930s and very early 1940s.  They moved to the Bay Area after World War II and became part of the then-thriving community of young, ambitious, and mostly impoverished artists.  Their friends included photographers like Imogene Cunningham, Ansel Adams, Dorthea Lange, landscape architects like Doug Bayliss and Larry Halprin, dancer Ann Halprin, jeweler Margret DiPatta, and many others in many professions.  My brothers and I were more or less innocent bystanders when these friends got together to eat, drink, smoke, flirt, converse, and sometimes gently disagree.  Neither my brothers or I were trained formally by our parents as artists or pushed toward creative professions; we were allowed to soak up whatever was in the air and expected to head off to wherever we wanted.

In my case that was the US Army right after I turned eighteen, the best decision I ever made.  I had an appetite for physical risk and adventure and the Army provided both...along with some excellent adult leadership missing in my childhood homelife.

In 1970 I took a job here in San Jose as a writer/producer/editor and brought my little family here from the heathen east. The company quickly folded and I started a film production company, Very Moving Pictures. First wife Joyce and I bought a house in Naglee Park in 1973 ($32,500, no down payment, things were different then). My first book was about stained glass and came out in 1976 and is still in print. My next book was published in 1985 and I have published about 65 more in the years since. I've been on South 13th Street since 1973 and in the same house with the same lovely wife, Miss April, for over forty years and counting. 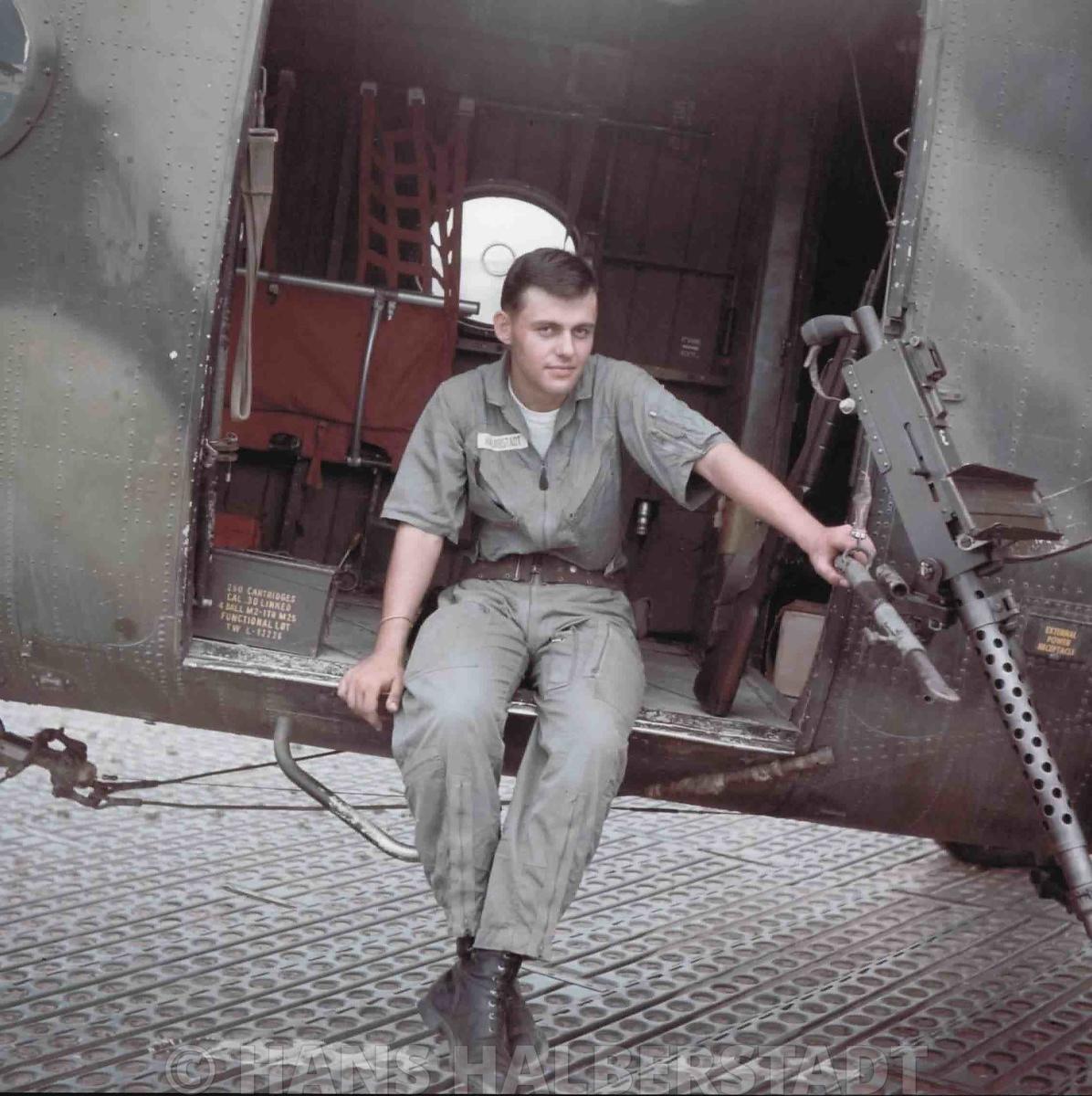 Eighteen and just out of high school flying combat missions as a door gunner in Viet Nam. 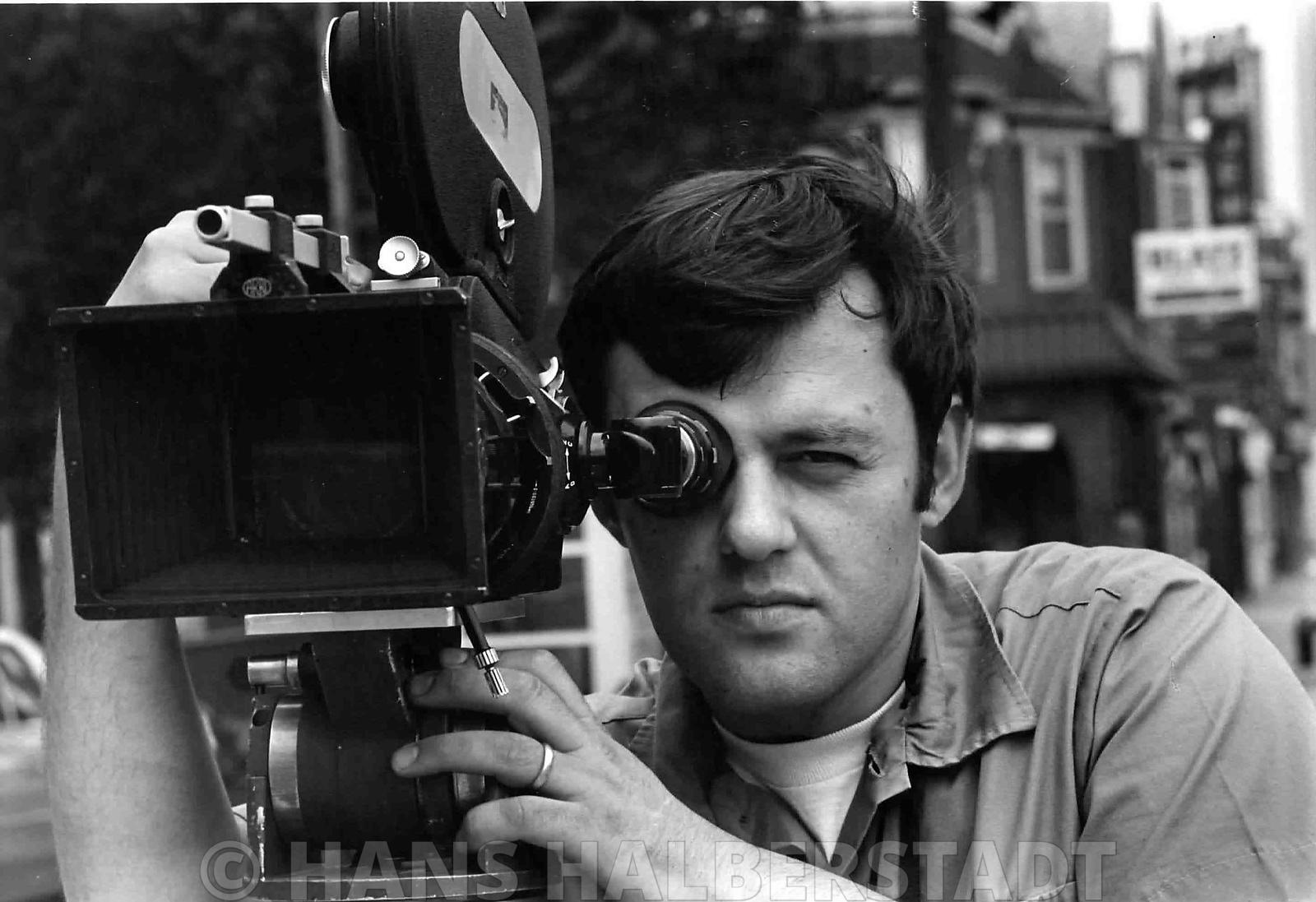 Running an Arri BL while working for the Motion Picture Service of USDA in 1970. 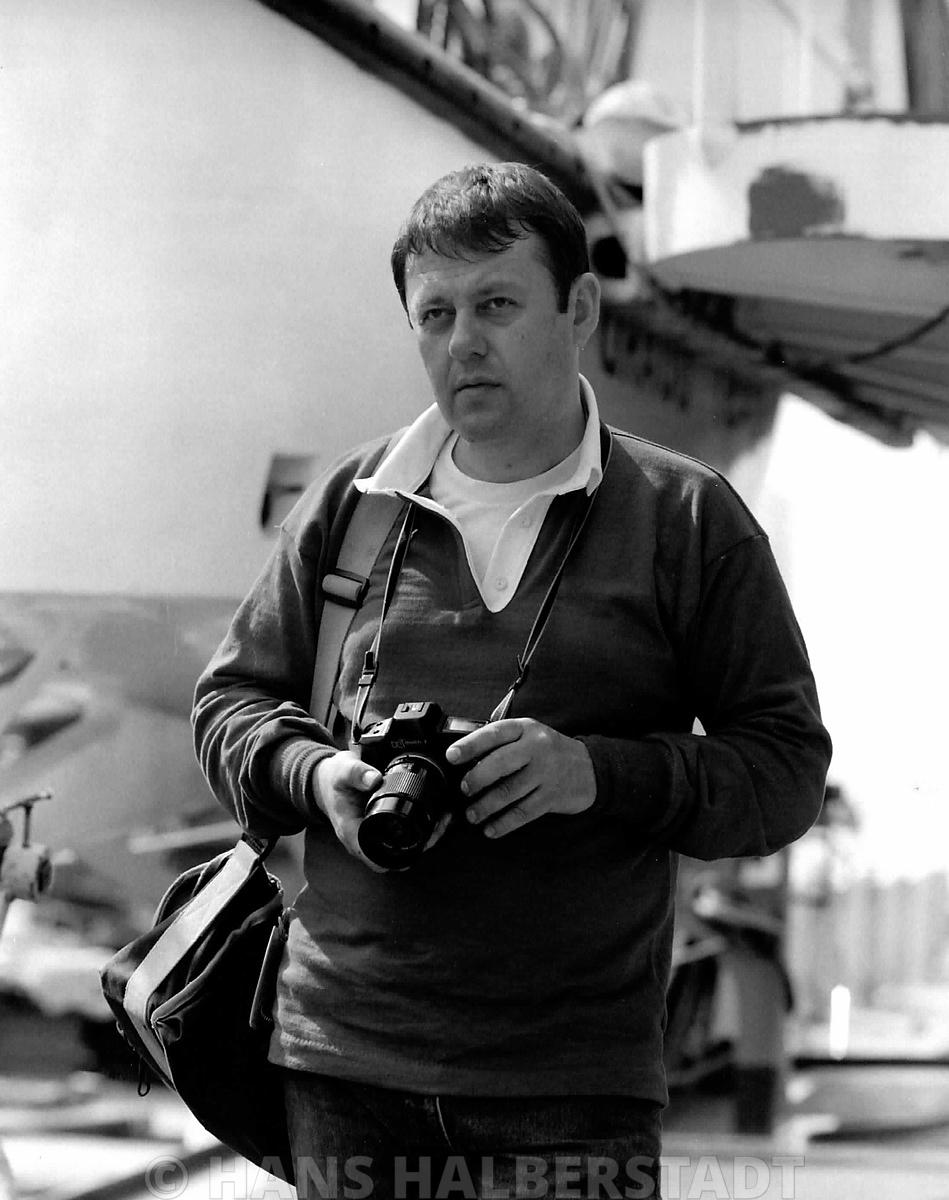 On the deck of the Coast Guard cutter Morgenthau about 1985. 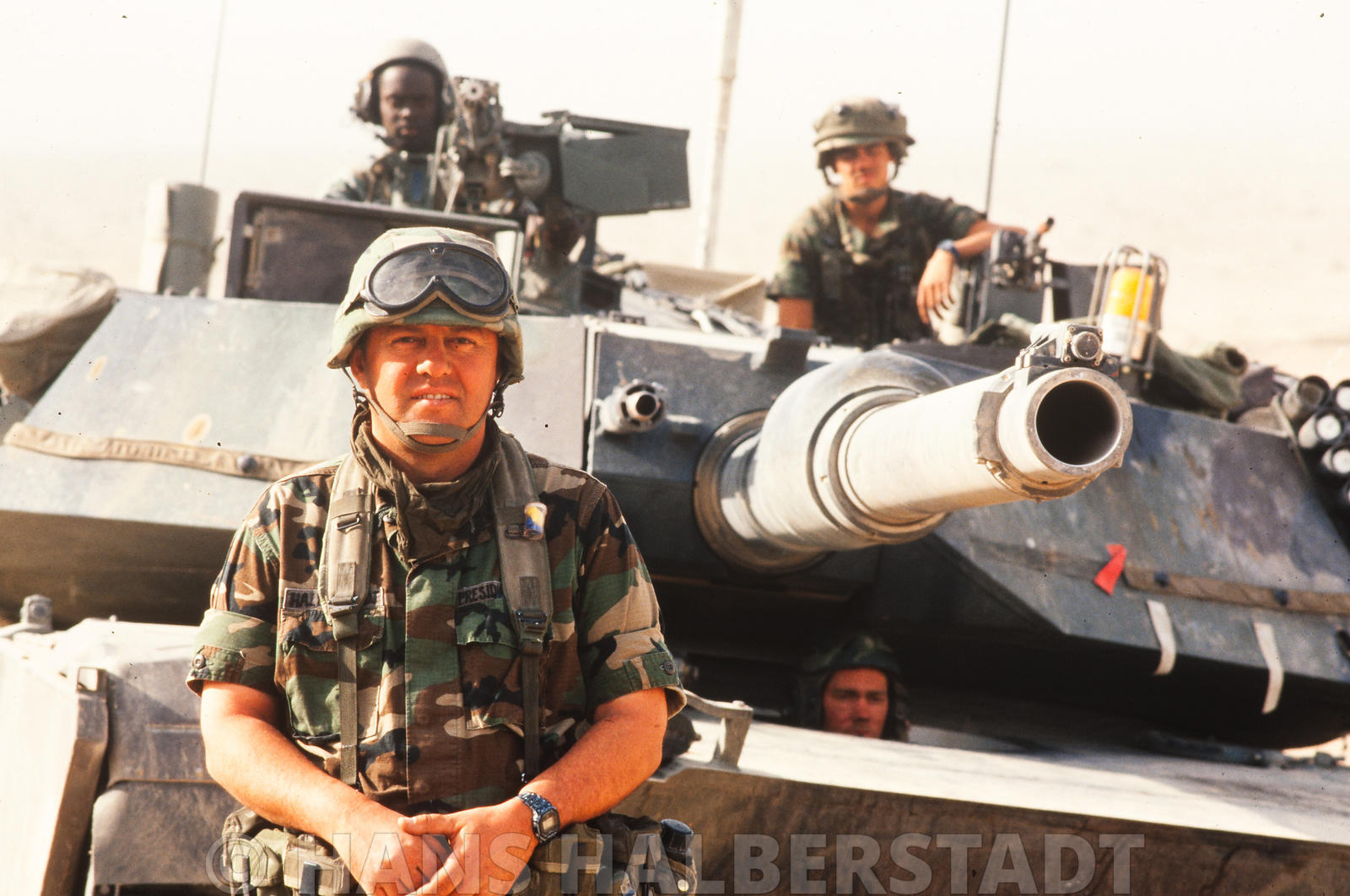 Out in the desert with the 3rd Armored Combat Regiment ("Brave Rifles!  Blood and Steel!") while working on my first book about tanks and armored combat in the late 1980s. 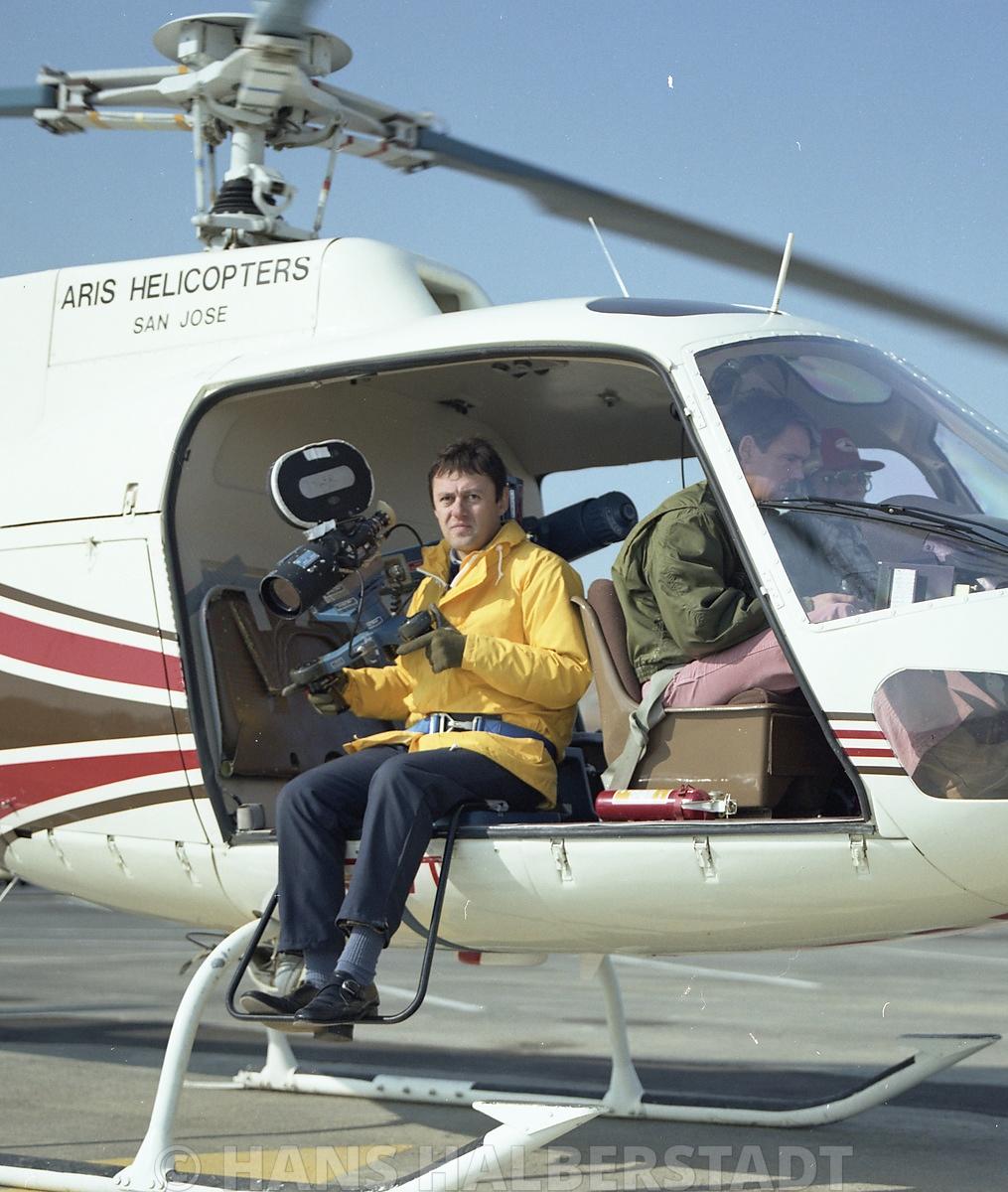 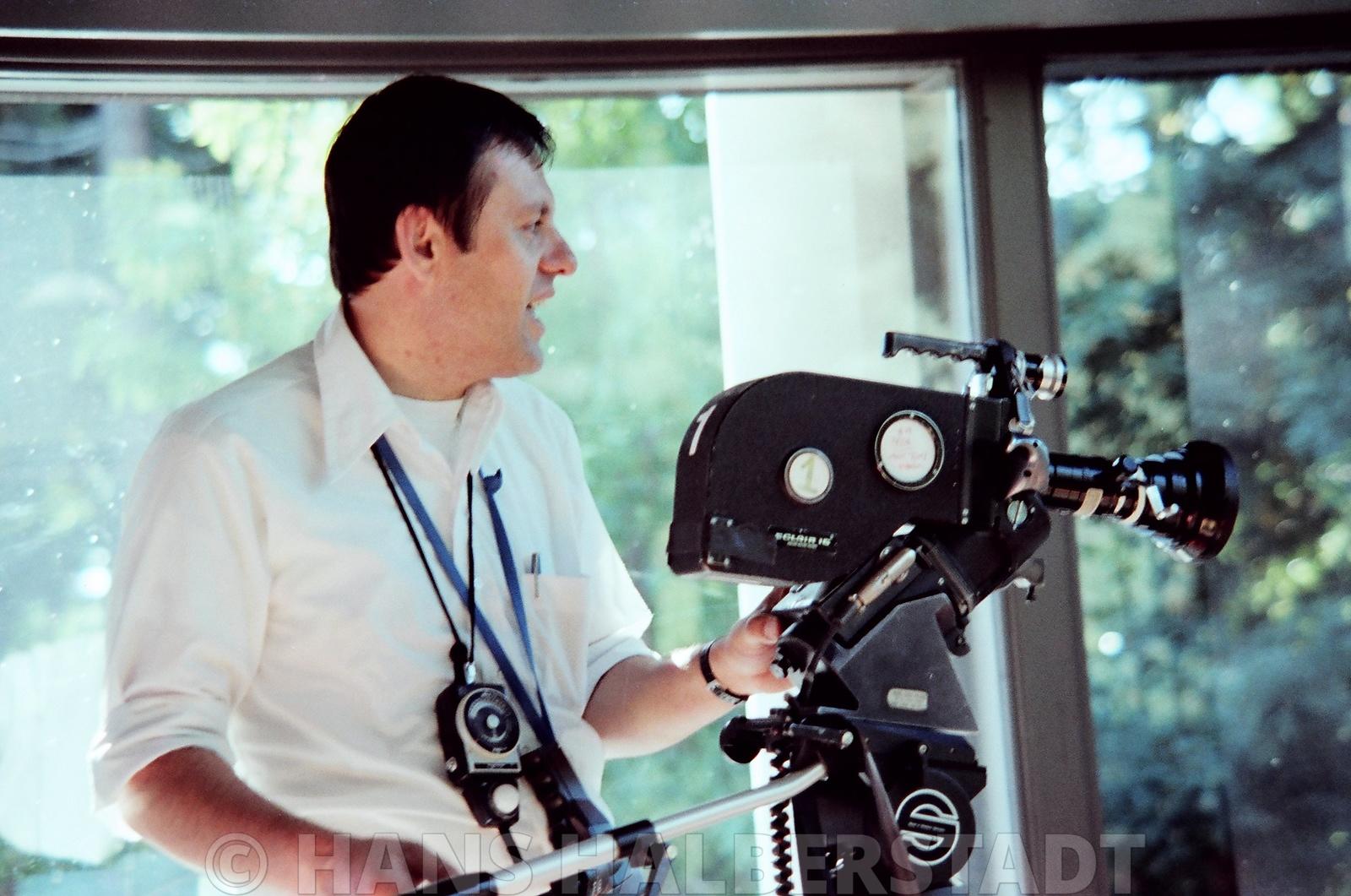 Shooting a project for the President's Council on Physical Fitness and Sports.  We were working at UC Berkeley.  The camera is a Eclair NPR, a delightful thing to use -- ergonomically perfect, a motor that drove the film at exactly 24 frames per second, and nearly silent in operation.